Over the past few years, the impact of adverse weather on aviation has increased significantly. In Europe, the influence of weather on delays has gone up for the fifth consecutive year. In FABEC, adverse weather now ranks as the second most frequent cause for delays after capacity. Especially severe local thunderstorms in spring and summer have led to an enormous amount of delay, many flight cancellations and closures of airports.

Based on this new development, FABEC has launched two initiatives. Firstly, operational experts have developed new procedures allowing aircraft re-routings based on ad-hoc flight plans to avoid local thunderstorms. For instance, a flight from Munich to Madrid would use a longer routing via Italy and the Mediterranean Sea instead of a shorter flight via France. 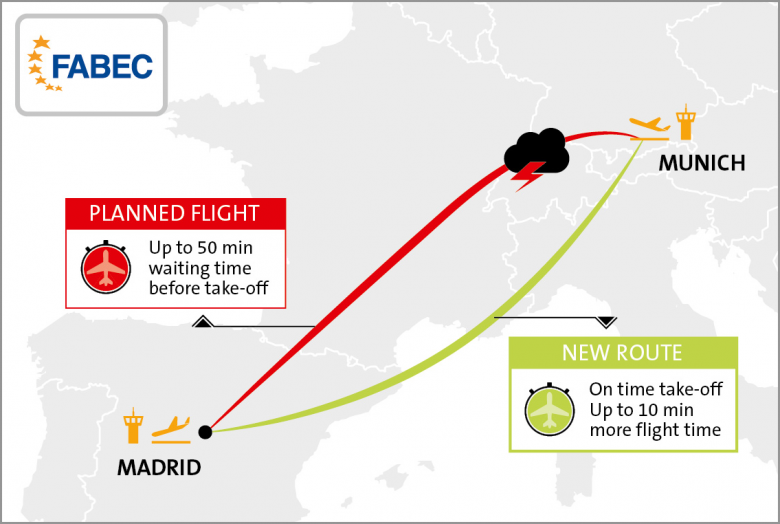 An alternative route to Madrid 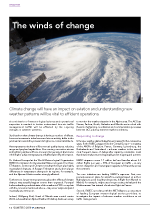 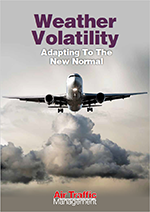