Volatility – this word summarise a new trend that has been going on for the past few years in the aviation branch describing a growing unpredictability of air traffic. Up until the end of the 20th Century, traffic forecasts were generally correct as air traffic grew in a linear fashion and along established traffic flows. This trend stopped abruptly in 2007 when a decline in transport occurred. Not until 2016 did traffic again reach a level higher than 2006, but the growth recorded was not a linear one like in the past.

Current traffic growth has been substantial and it differs radically from the linear trends predicted in the past. Regional areas of conflict such as in the Ukraine and Syria, and the impact on the Middle East have changed European traffic flows significantly. Furthermore, the overall geopolitical situation, terrorist attacks and political unrest have led to travel advisories being issued for North African countries, the Arab States and Turkey. This resulted in a shift in the popularity of holiday destinations. Consequently, traffic flows along the south-west axis towards Spain and Portugal have noted an unexpectedly strong increase. Simultaneously, traffic along the south-east axis from the UK towards southern Germany has also experienced a boost. This has led to a situation in which some control sectors are recording unexpected two-digit growth rates while other sectors are showing just moderate growth rates. Traffic within FABEC has become volatile with regard to both the number of flights and their traffic flows.

Baltic FAB and FABEC organised a research workshop "Volatility in Air Traffic and its impact on ATM performance" taking place on 15-16 May 2018 in Warsaw. The conference has being held in partnership with the German Aviation Research society (G.A.R.S.) and the SGH Warsaw School of Economics.

Representatives of six functional airspace blocks and the Performance Review Unit discussed how different kinds of volatility (political conflicts, weather, low fare carrier behaviour, ANS fees) impact the operational management of day-to-day business and how predictability should be improved in the given framework. 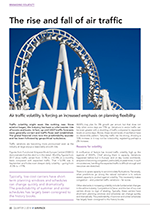 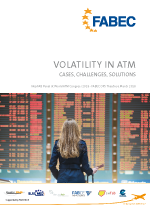