In 2019 FABEC air navigation service providers controlled safely more than six million aircraft – scoring an on-time performance of 88 percent and an environmental performance of 97 percent. It is difficult to imagine how such a large number of aircraft operate in four dimensions, reflecting on a remarkable performance and result. 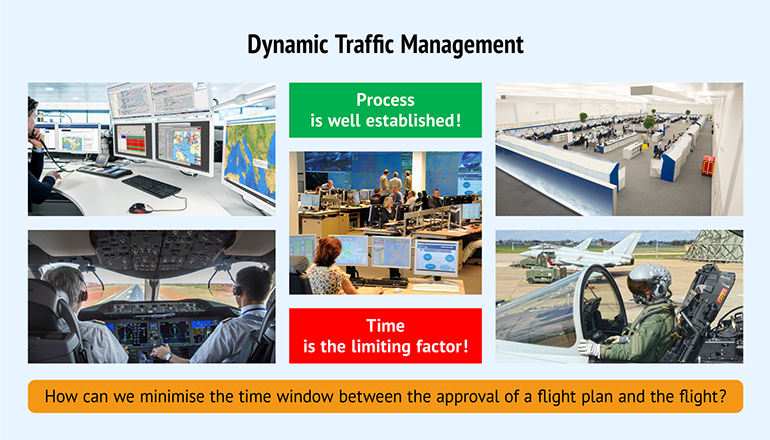 Key to this success is the common understanding within the aviation chain that such a complex system can be managed smoothly and efficiently by working together. On a cooperative basis, airline operators, military airspace users, Network Manager, airports, and air navigation service providers cooperate on each individual flight. In fact, each flight route is developed and optimised within the European Network prior to departure in a series of different coordination steps. While this has led to the development of a very sophisticated planning process over the last two decades, the process is still phased rather than a continuous synchronisation.

Compared to other industries, the system is quite static. This is especially the case when it comes to flight planning which is hampered by aspects such as multiple and partially outdated technologies and tools, fragmentation of flight plan providers, collective agreements, and competitive interests.

To overcome these issues the French and Swiss have launched a joint trial which introduces a new phase to flight planning designed to optimise flight plan formation.