Since June 2013, the Functional Airspace Block Europe Central, known as FABEC, has officially been in operation. On the basis of a treaty ratified by the six States of Belgium, France, Germany, Luxembourg, the Netherlands and Switzerland, the civil and military air navigation service providers (ANSP) have worked in close cooperation to improve safety, efficiency and cost-effectiveness, to ensure punctual flights by providing the capacity required, to reduce emissions and to offer more direct routes to airlines. 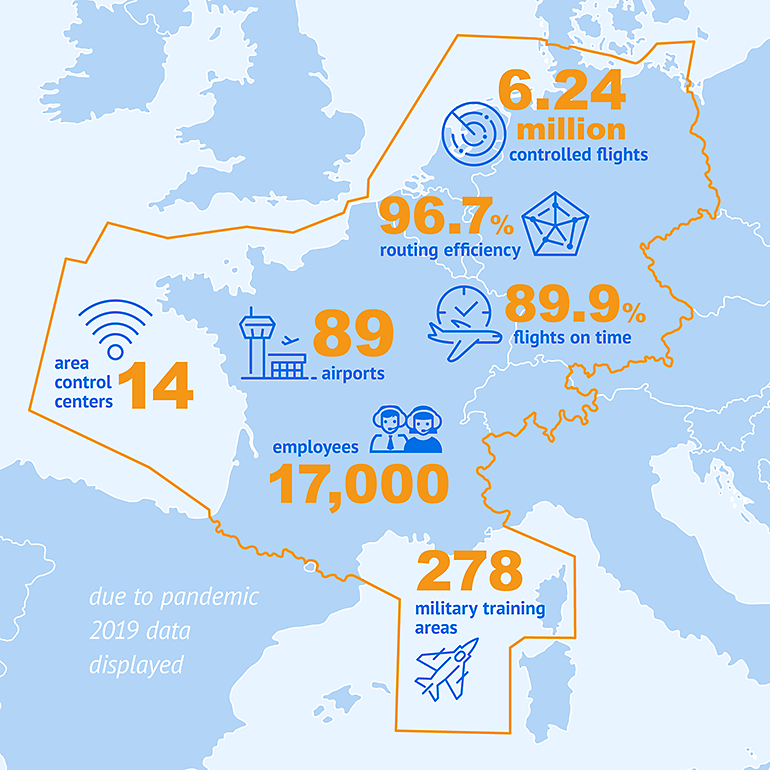